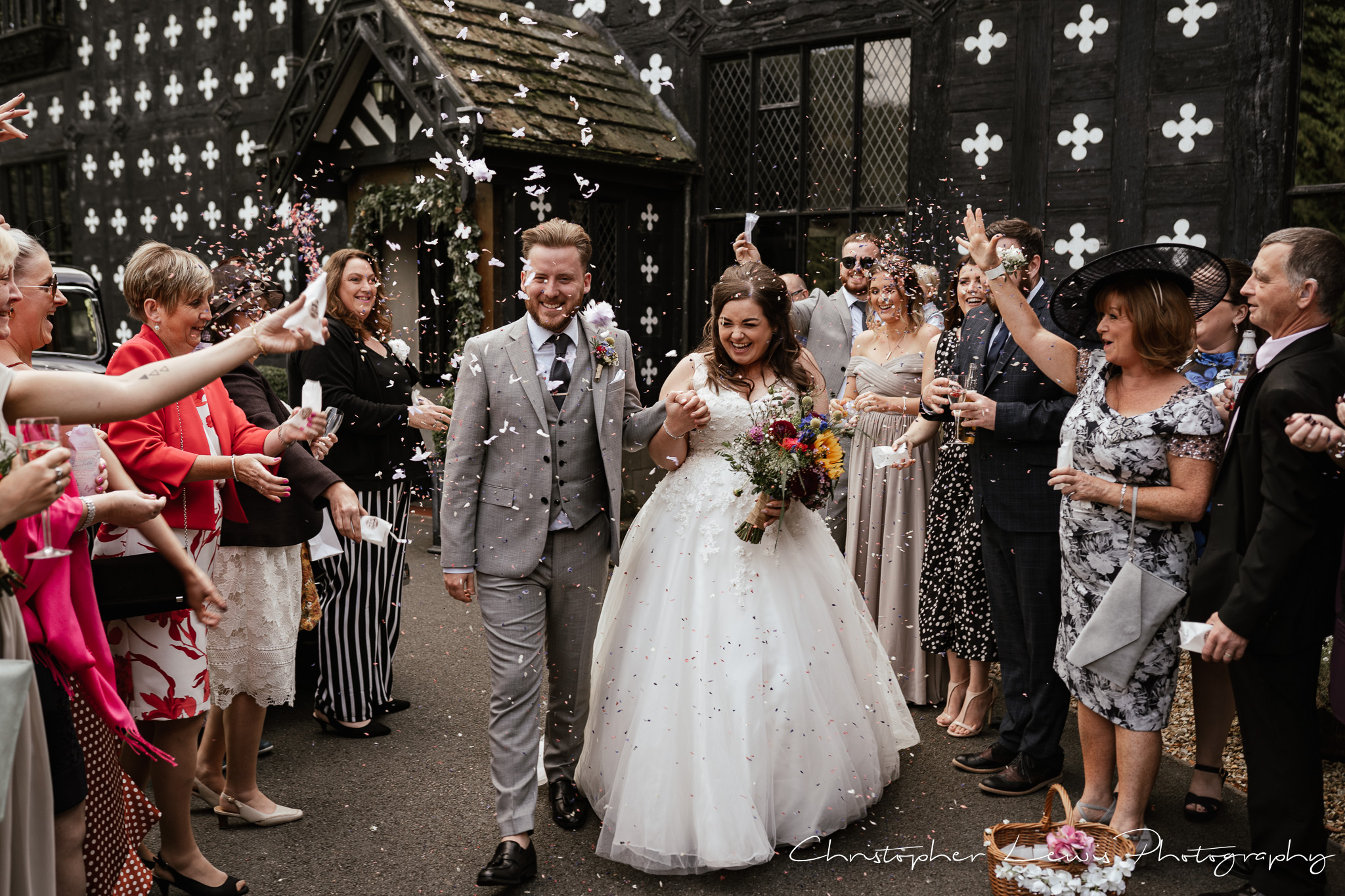 Samlesbury Hall Wedding. My first time at this iconic Ribble Valley venue seemed very familiar, with its black and white gatehouse facing out into the beautiful grounds and courtyard – I was really looking forward to capturing Chris and Lauren’s day here!

Lauren’s morning with her mum, dad and bridesmaids was a great start to the day. They were all such a fun bunch, smiling and laughing through the morning. It was also nice to photograph the bride giving her dad a couple of lovely sentimental gifts, there may have even been a few tears!

Groom Chris arrived at the church in time to greet the guests, and as ceremony time rolled around,  Chris took his place at the end of the aisle while the bridesmaids and bride made their arrival. We caught some lovely emotional moments from Chris as he watched Lauren make her way towards him.

The grand scale of the inside of this chapel meant that we could move around without disturbing the ceremony, grabbing candid shots of the nuptials and guests’ reactions as the couple made their promises to one another – this church was one of the nicest I have had the pleasure to photograph!

Upon arrival at Samlesbury, the couple had the chance to explore the grounds a little before the guests arrived, which meant we could take some lovely portraits of the pair. Having had a pre-wedding shoot with the couple already – they were very casual and already loosened up – we even got the chance to jump on the guests’ double-decker bus once they had vacated – Chris may have been a little too keen on the pole at the back!!

Having two photographers meant that while photographing the group formals, Darren could grab some candid shots of the guests enjoying the sunshine and eating canapes. As you can tell from the images – the canapes were really good and the guests were all over them! Haha.

The September light meant that after the speeches we could disappear for five minutes to grab some ‘golden hour’ portraits under the trees, and some lovely casual group photographs before heading in for the first dance and Ceilidh. If you don’t know what that last part is, you’re not on your own. Popular in Celtic tradition, the group dance can be learned as you go, which means ‘getting the dance wrong’ can make for some hilarious moments, and photographs!

A few dances in we’d captured a full story of their day, so we said goodbye to the couple before they rejoined the dance floor and partied the might away.

Mr & Mrs Grainger – thank you for having us, your day was awesome! 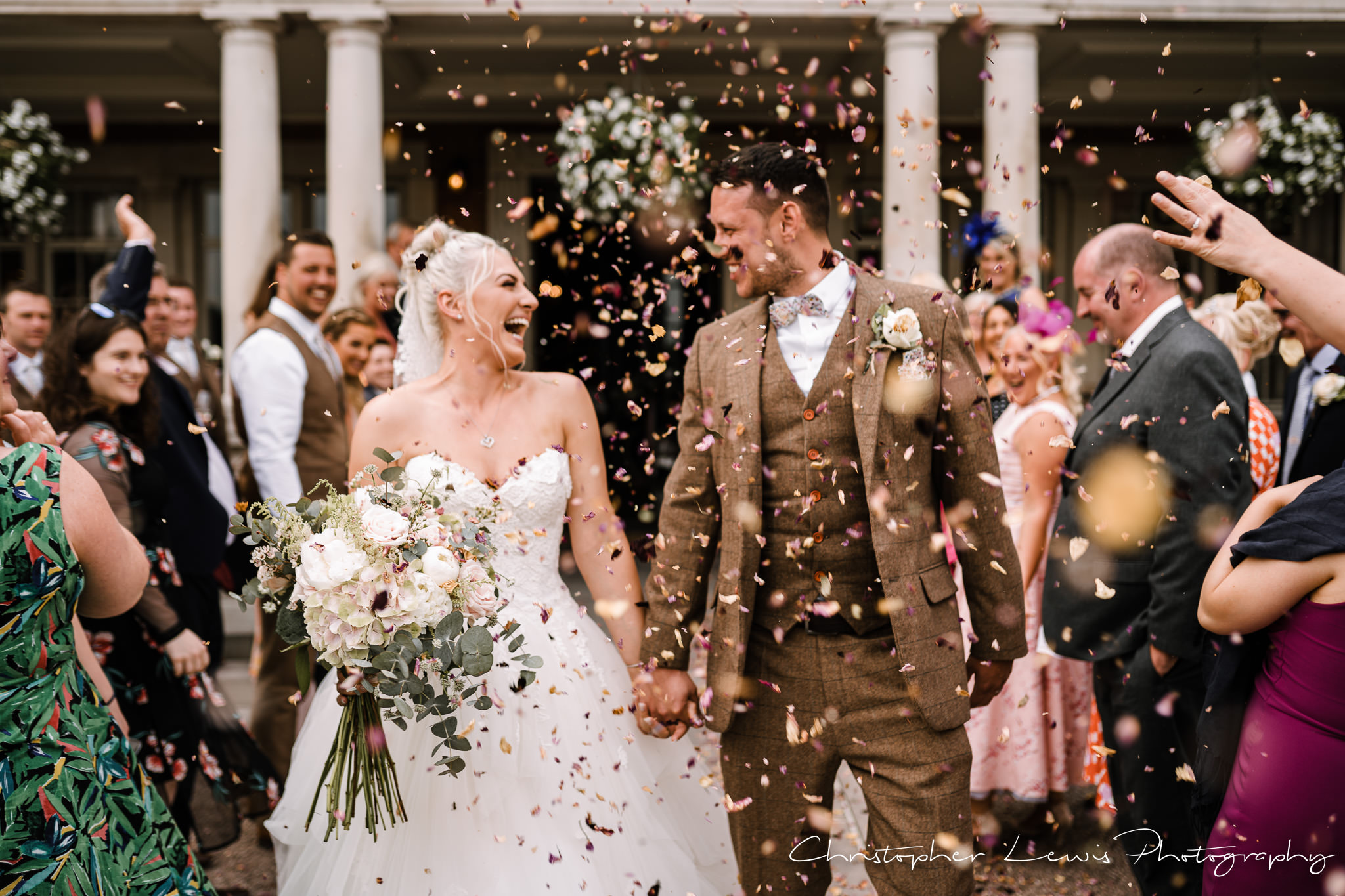 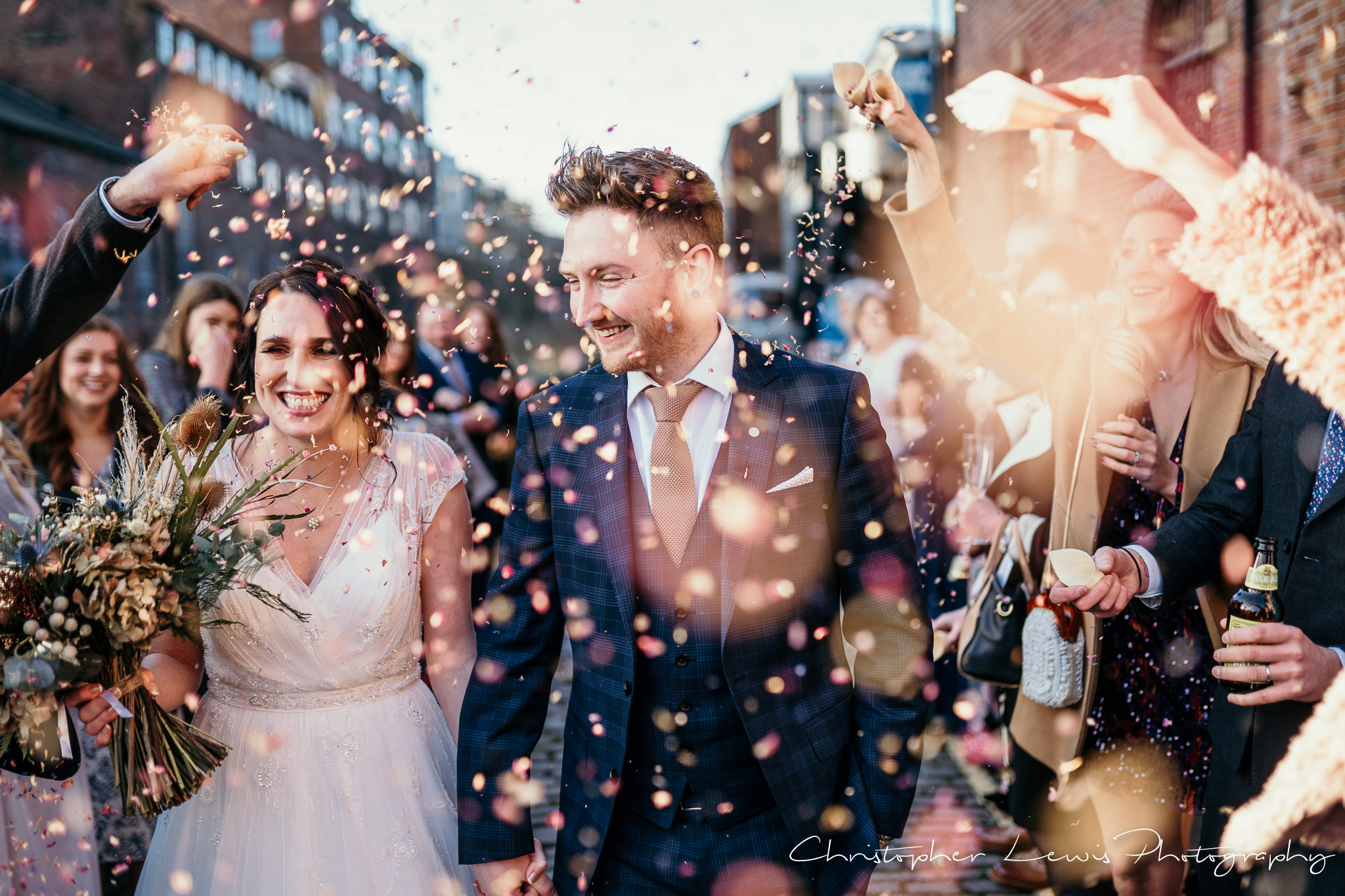 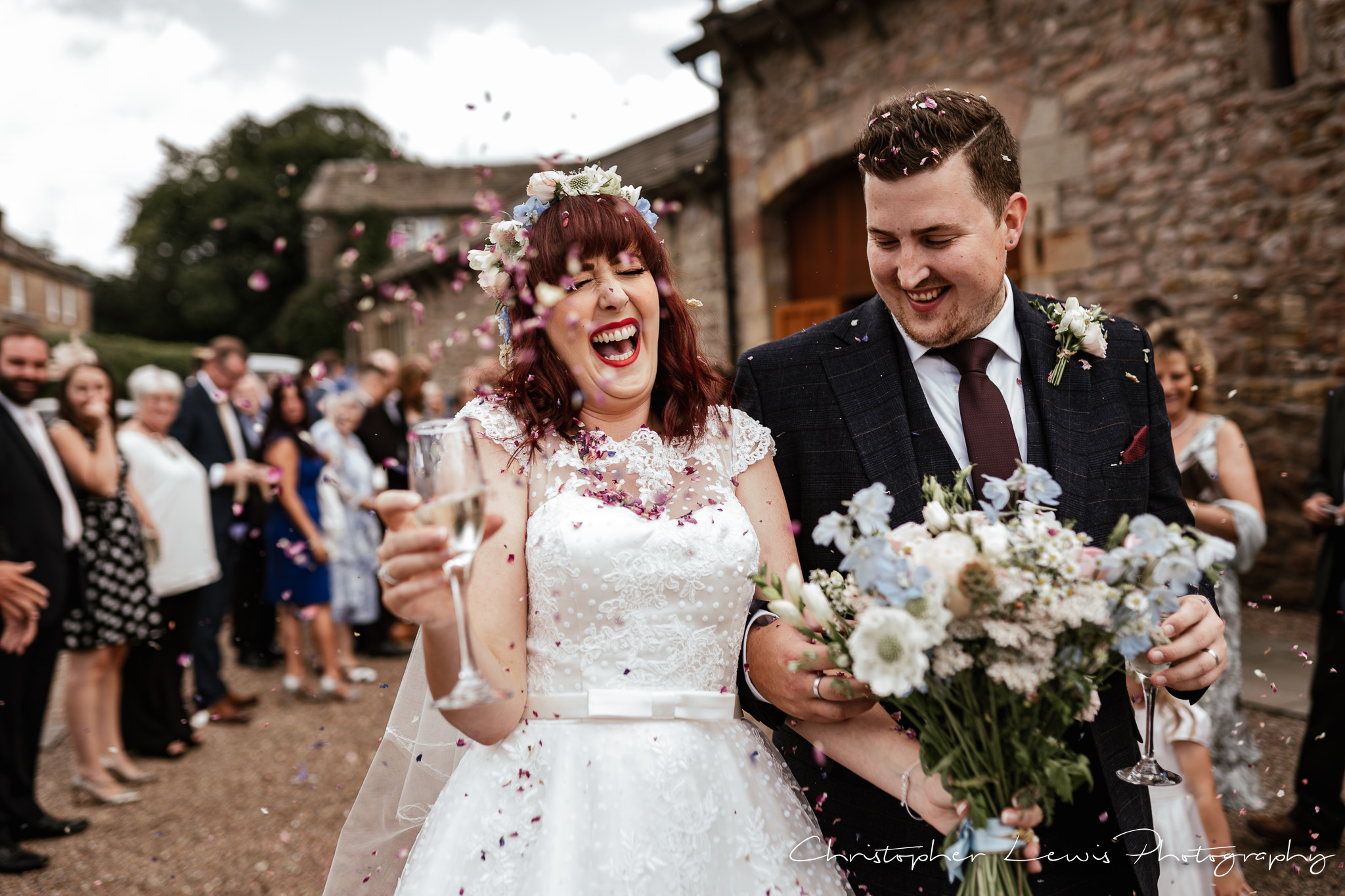