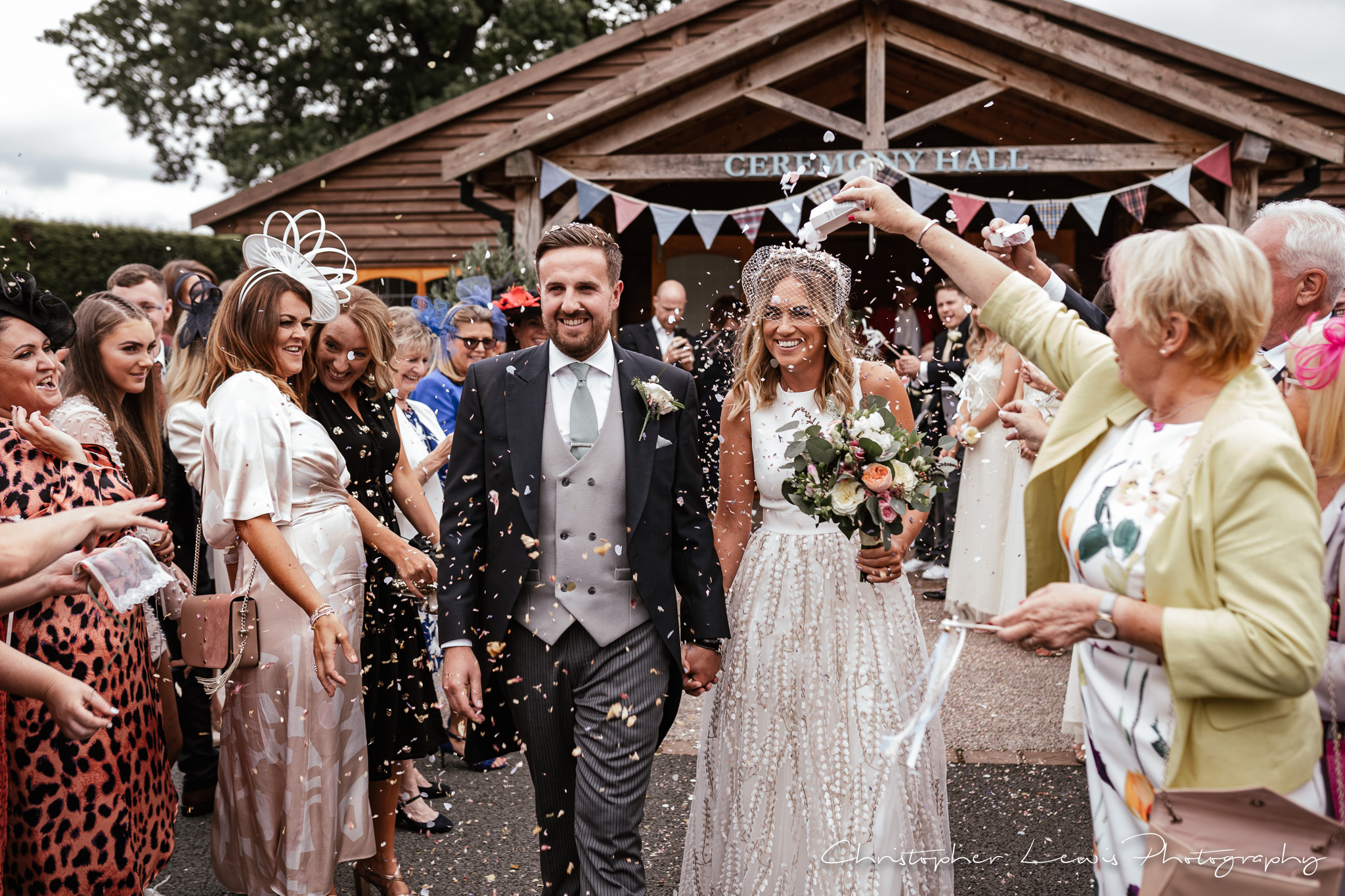 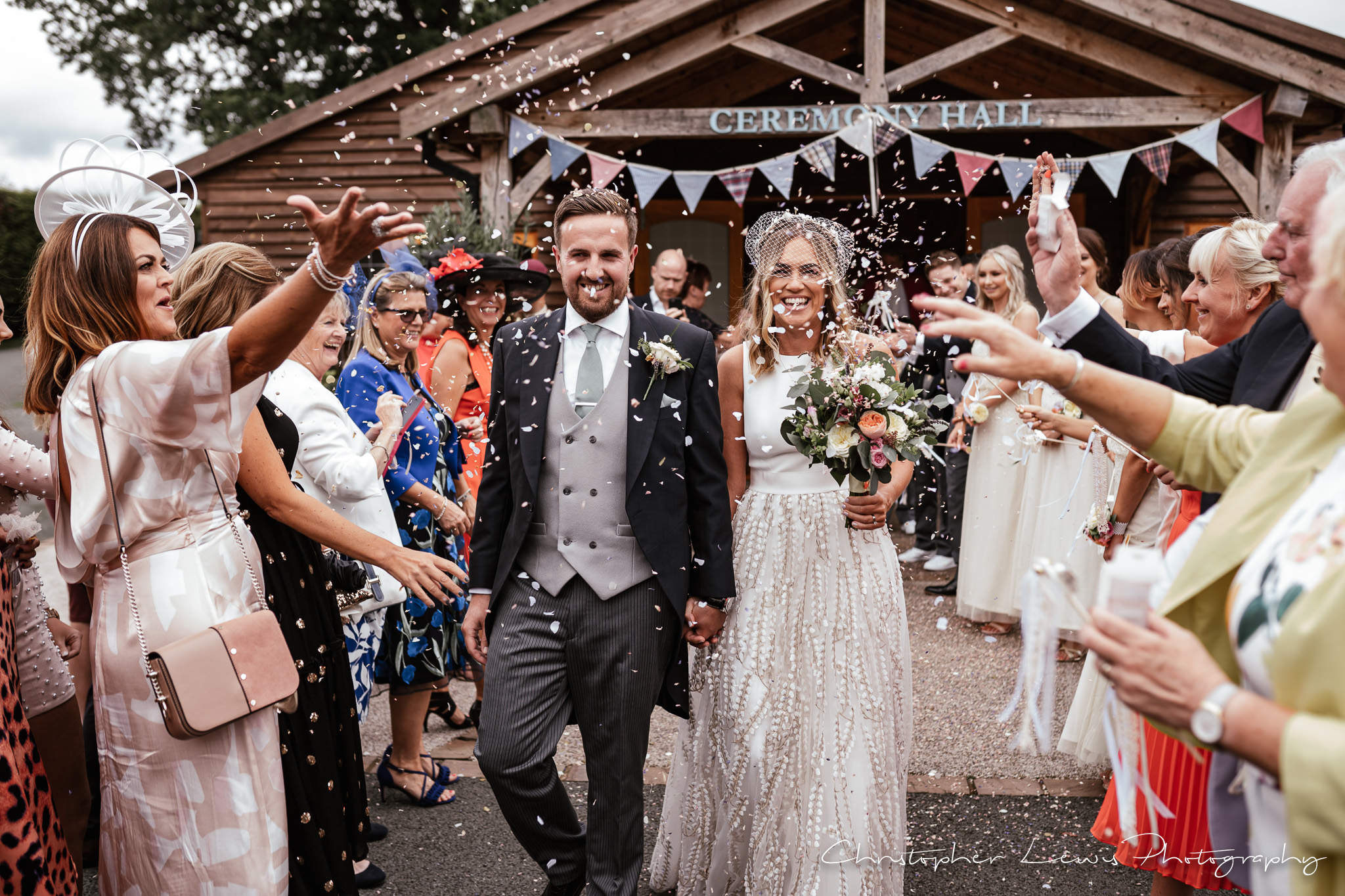 We always love a Colshaw Hall wedding, the venue is a firm favourite. A magnificent Tudor house nestled in the Cheshire countryside, with stunning grounds to view as you arrive down the long winding drive. We were really excited for this wedding, not only because of the stunning surroundings, but also because Chloi and Tom came to us from a recommendation of one of our previous couples.
When I arrived for the morning preparations, the Bride and her bridesmaids were having their hair and makeup done ready for the day ahead. Meanwhile, the room downstairs was being decorated by her mum and sisters, with flowers grown in Chloi’s late fathers garden. Such a sentimental touch! Tom and the boys arrived to get their buttonholes fastened on, and to greet the guests. There was a massive sense of family at this wedding, which was lovely to document!

As the nuptials began, groom Tom beamed as each bridesmaid walked down the aisle toward him, finally greeted with Chloi and her mum!
The couple smiled and laughed their way through the ceremony; it’s great to capture the natural reactions of couples as they say their vows!
As the weather was dry and bright, the guests could line up outside the ceremony hall for that all important confetti shot- the couple were showered with it! The bunting in the background is a personal touch from the couple and is made from Chloi’s fathers shirts, again such a personal touch and I love it when couples include such special things as part of their wedding day. The ceremony hall, complete with bunting, also provided the backdrop for the family formal photos!
The guests got to spend some time outside while we disappeared into the grounds with the couple so they could get some time alone together, and we could capture that fresh “just married” feeling!
The couple then joined their guests again for some casual group photos before it was time to head inside for the wedding breakfast.
Toastmaster and Master of Ceremonies, Ian, knows how to kick off this part of the day – napkins flying, people cheering and a wonderful atmosphere greeted the newlyweds as they made their way to the top table for the speeches. There were some heart-warming moments in speeches from Chloi’s sister and groom Tom before he handed off the speeches to the best men – these best men made a massive effort! All in good fun, they revealed some of the grooms antics, before inviting him up on stage to complete a series of challenges, and admit a few hidden secrets.
As with most summer weddings, it was still light after the wedding breakfast, which meant we could photograph smaller groups with the couple, a section I like to call ‘the grab and grins’ – weddings don’t always have to be so formal, so its nice to have some casually posed moments to document the day before heading inside to start the evening reception.

The couple had DFC Lancashire for their evening entertainment, with DJ Chris Cooper at the decks for the first dance. After a surprising cut in the song, the guests joined in and danced their socks off – what a wedding!

Chloi and Tom, thanks for choosing us to photograph your day, it was a pleasure to share it with you! 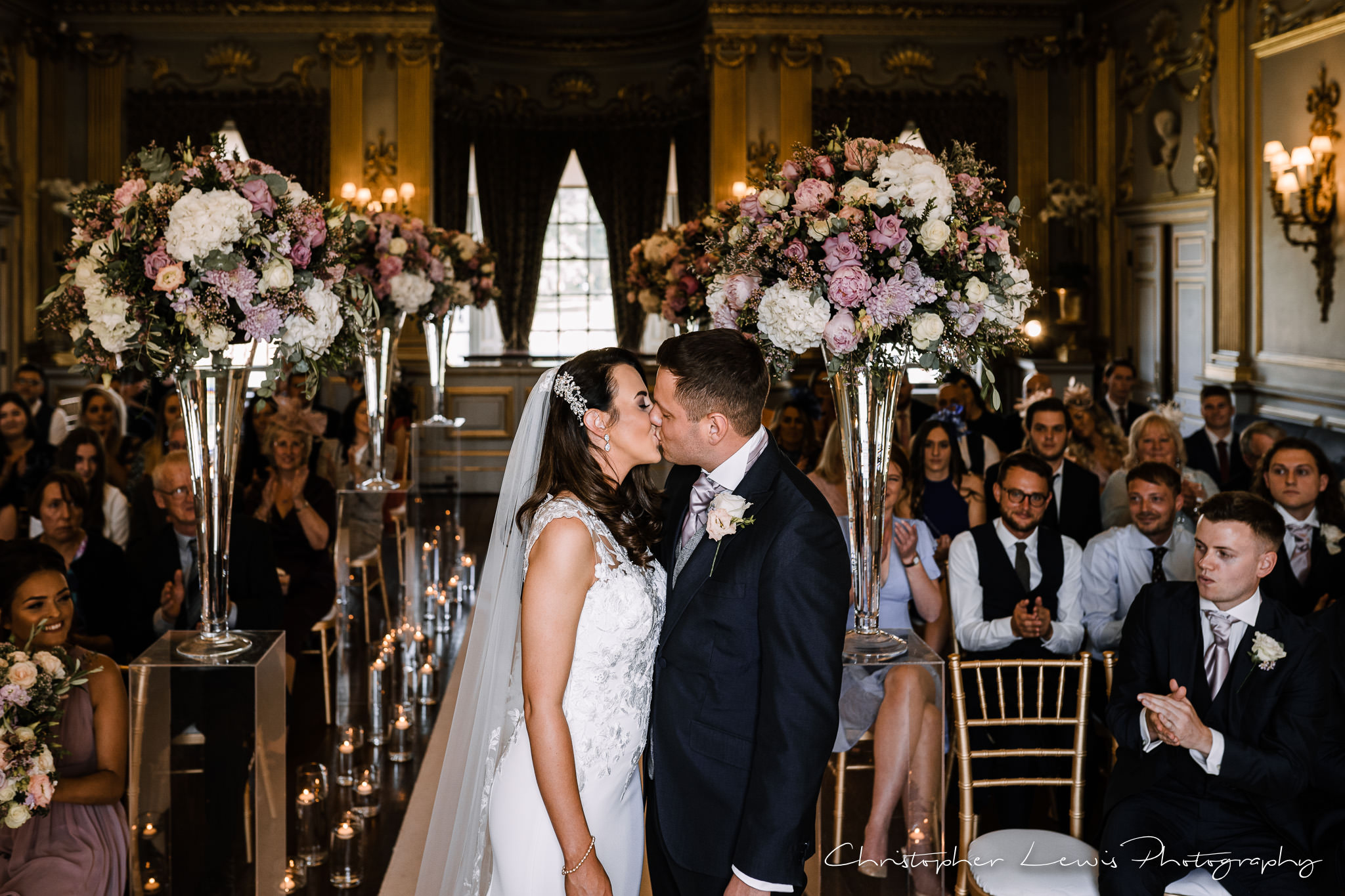 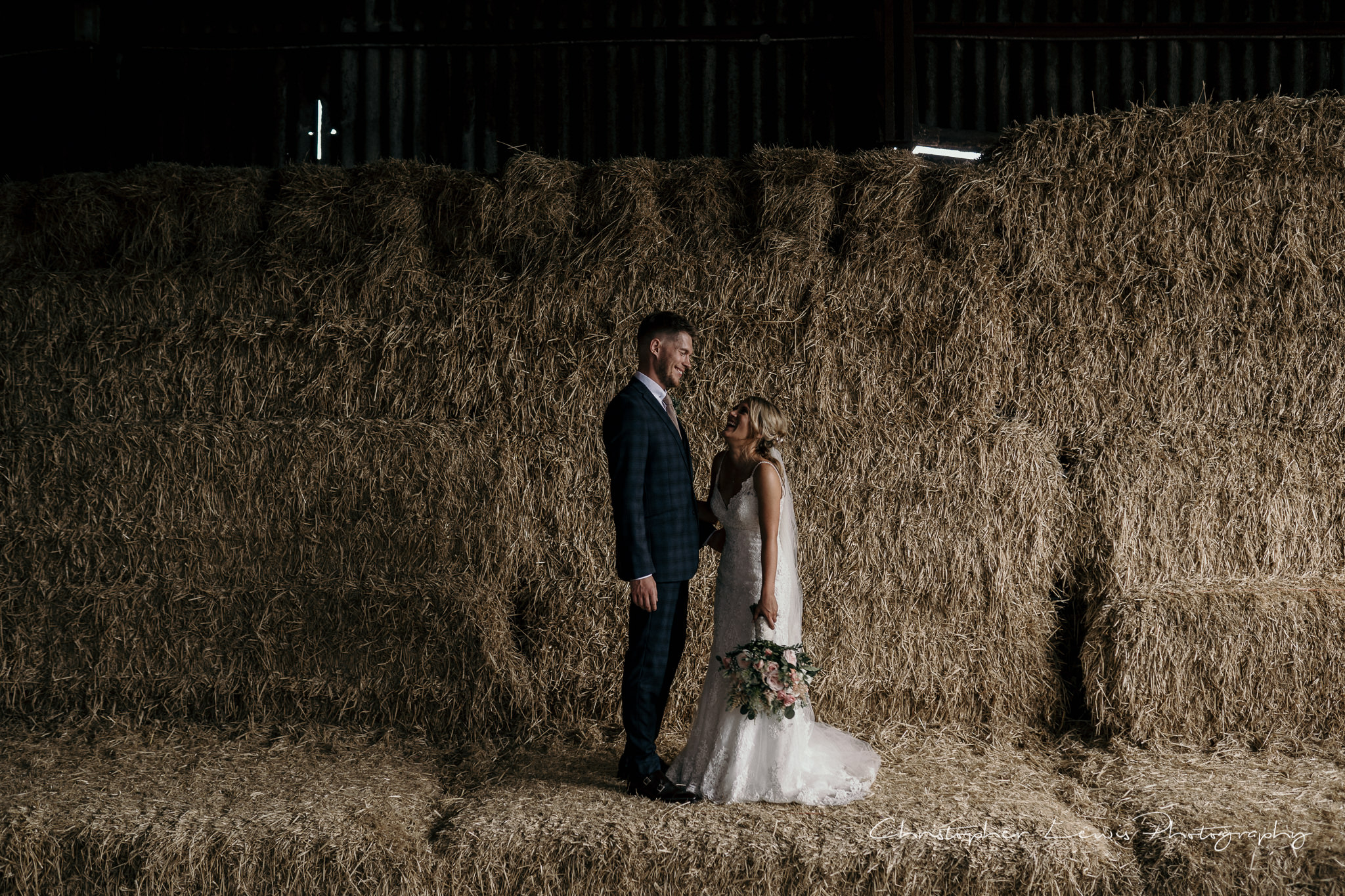